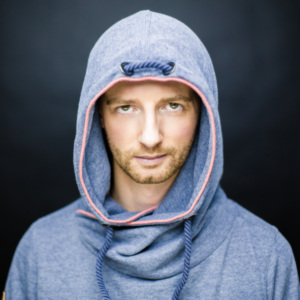 His name is synonymous with Techno made in Germany.
His mix style is surgically precise, energizing the music into what
seems like perpetual motion. What makes his sound outstanding is that
it moves the masses without overwhelming them, drawing its strength
from the lightest of touches. The effortlessness with which Felix
Kröcher masters his craft has made him a leading figure for a new
generation of DJs.
Felix grew up to the sound of Frankfurt, the city he was born in
1983. Whilst other kids were more interested in bikes or computers,
Felix acquired his first decks at the age of 10 and played his first
gigs in public at 16. Meanwhile Events like Mayday, TimeWarp, Nature
One, Wire, Creamfields, Urban Art Forms, SonneMondSterne, Free Your
Mind, Mysteryland, Awakenings of Moving City are permanent dates in
his approximately annual 130 Gigs.
Felix Kröcher does not only play music. He lives and celebrates music
and casts a spell over everyone. Because he is an artist as well as
an entertainer with a great heart and a great portion of lifeblood.
And this lifeblood comes to light all over again with each set.